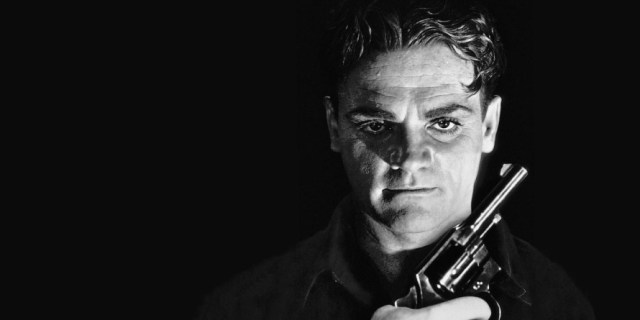 Despite having done an impression of James Cagney my entire life, I had never seen a single film of the famous gangster. Yankee Doodle Dandy may have been playing behind my back on TV at some point, but never did I ever sit down and watch an entire Cagney film the entire way through.

Boy, was that a mistake.

Cagney’s performances are something to behold. Not only did he epitomize the classic Hollywood gangster, but he managed to wriggle out of that archetype and dominate the old-fashioned song-and-dance hoofer too. His acting style was uniquely his own. A combination of energy and theatrical “back-of-the-room” projecting, but never ham-fisted or exaggerated. You couldn’t say that about any other actor. If they were theatrical, they were over-acting, and it showed. Cagney’s voice, his cadence, that devilish snarl, that wink of the eye as he dared to dazzle you – that was the great weapon of his acting methods.

For the 2nd Marathon Stars Blogathon, I split my viewings of five essential Jimmy Cagney pictures into those two faces of his performances: the gangster and the hoofer. 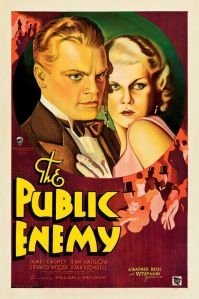 Before I’d even seen this film, I knew of its legendary reputation. When I was little, I rode The Great Movie Ride at Disney’s MGM Studios, which recreated some of the most iconic scenes of old Hollywood films. In a scene after leaving the rooftops of Mary Poppins, you’re immediately transported to seedy Chicago where a lone James Cagney stands still, piercing your gaze with his animatronic snarl. As you ride through The Public Enemy, an actual mob shoot-out occurs, and your vehicle is right in the middle of the gunfire!

This first entry is one that truly put Cagney on the map was the villainous portrayal of Tom Powers, a man who knew no morals, and despite how well-intentioned he may have been, was simply too beyond redemption to be turned away from bootlegging.

Cagney plays the character with a strong-armed zeal. He’s not afraid to threaten a bartender for buying the competitor’s booze or shove a grapefruit into his girlfriend’s face. There’s nothing redeeming about the gangster, and that is only made more clear when we see what he could have become in the form of his virtuous brother, a WWI veteran begging his sibling to turn the other cheek. 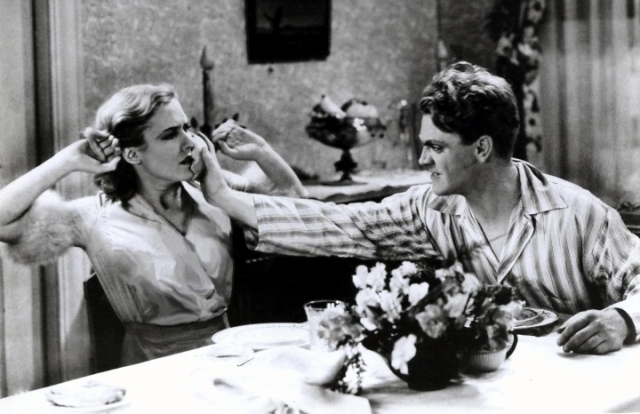 In a prologue, the motion picture condemns the terrorism of organized crime of the time (Al Capone was very much alive at the time of the picture’s release, and only arrested a year later). It is a wholly amoral film, about the petty sins of childhood snowballing into the tragedies of life. In an absolute shock, the death of Tom Powers is slammed right in our faces, as his dead corpse lands with a rigid thud on the floor of his mother’s hallway, never to scheme or hate again.

Here is a more redemptive picture about the underground world of organized crime. Unlike the monster that was Tom Powers, Cagney plays an antihero named Rocky Sullivan with so much charisma and warmth and well intentions that you grow to weep for him by the end of the picture.

Rocky Sullivan was a kid who couldn’t run away from the troubles of his life – and through misguided morals, came up into crime syndicates, while his childhood best friend Jerry (played by Pat O’Brien) eventually snapped out of immature errors and became the neighborhood priest, beloved by the community. 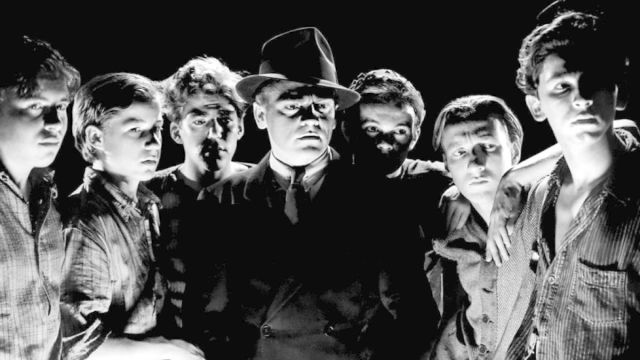 Where we see Rocky’s most pleasant encounters is back in the neighborhood of yesteryear. His best friend greets him with an open arm, and the juvenile delinquents that run amok admire Rocky for his position in life, and hope to emulate him. Rocky is so delighted by how much the Dead End Kids remind him of himself that he becomes a mentor to them. He justifies his criminal activities to help the neighborhood, to create a community center that safeguards the children from the vicious world.

Cagney is at his best here, portraying a mobster with charm and multiple dimensions. His portrayal is ambiguous and leering, and though he has his standards, you’re never sure where he exactly stands. By the end of the picture, you wonder if he really believes in his own prestige. The versatile Michael Curtiz directed this powerful masterpiece, also starring Humphrey Bogart in a supporting role. 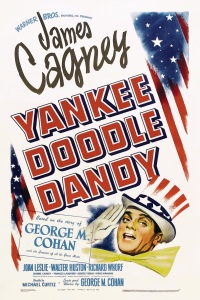 In the same year he directed Casablanca, Michael Curtiz directed this Oscar-winning performance by Cagney, who spent his entire career playing gangsters, and now willed himself back to his days of vaudeville. No longer the Napoleon-esque devil, Cagney became a hoofer. He sings and dances and inspires the country.

What could’ve just been a fluff piece for Broadway pioneer George M. Cohan became a foundation for Cagney to show off his versatility. He was not a professional dancer, but he had tap-danced since he was a kid and grew up in a 10-year long career in vaudeville and Broadway. 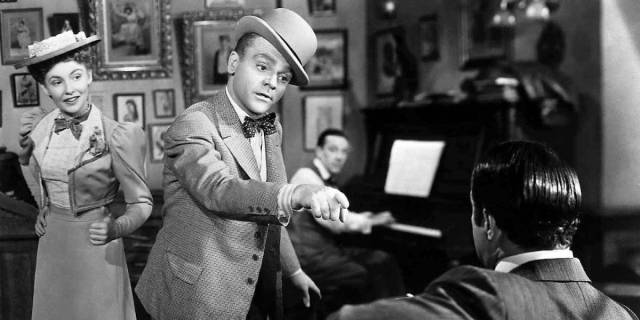 The performance beholds much pomp and circumstance, and Cagney plays Cohan with a kind of showman’s enthusiasm that seems as genuine as show business could be. With a welling of patriotism and a “put on a show” vitality, Cagney won his Oscar not for his performance in a biopic, but for a lifetime of American show biz exceptionalism. 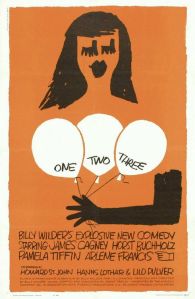 The last picture Cagney made before his 20-year hiatus from acting was this political comedy from Billy Wilder. It’s an odd picture made right at the moment the Berlin Wall came up. With all the political turmoil, the strain, and the physical reminder that the Cold War lingered, something about this lighthearted situation comedy felt a little disingenuous in the heat of the moment.

The actor plays Mac, a disgruntled Coca-Cola executive based in Berlin who has to babysit his boss’s sixteen-year-old daughter. When she falls in love with a Communist from East Berlin (played by Horst Buchholz, right off the success of The Magnificent Seven), Mac’s nerves get the best of him. If a mighty capitalist’s daughter is found wedding and producing a child with a German Communist, Mac’s chances at a promotion out of Eastern Europe will have sunk faster than a U-boat.

It’s a rapid-fire comedy with zingers flung one after another. The movie’s pacing is so frenetic that there’s never a single moment to let any joke land, or any pause for the audience to laugh. It’s on to the next, and only Cagney with his energy could rattle off an entirely five-minute-long monologue of wisecracks while zipping around an office, hollering at multiple people on multiple phone lines.

In many ways, there’s too much energy in this picture. It’s meant to be harmless, silly fun, but it tires you out quick and never lets you catch up to speed. Combined with its light political humor, it feels overwhelming and underwritten.

Cagney’s last performance has him in a small, but pivotal supporting role. This historical drama analyzes the race relations of the early 1900s, juxtaposing the rights of African-Americans of the time with the Gilded Age enthusiasm that often clouded much of the era’s inequities. Directed by Miloš Forman, Ragtime is a three-hour masterpiece about a singular, contained story, stuffed with character moments and multiple storylines that intersect into one strong message. 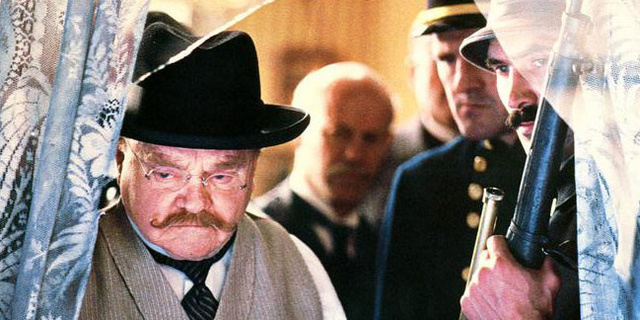 James Cagney, in his triumphant return to the silver screen, plays Rhinelander Waldo, Commissioner of the NYPD, who has to negotiate with men who hold a city block hostage inside J.P. Morgan’s private library.

Waldo is a character of subtlety and realism, a massive step away from the broad performances that so dominated Cagney’s early career. He shows himself to be a man of understanding – when the racist fire chief who first instigated the chain of events is summoned to the police, Rhinelander Waldo expresses disgust and frustration. Here is a quiet, tired man who yearns only for peace, but understands that society may not be ready for it – and so unpopular decisions must be made.

It’s a fine film for Cagney to end his career on – one where he seems to pass the torch on to future character actors worthy of his caliber, acting alongside up-and-coming stars like Samuel L. Jackson and Jeff Daniels. In a complete 180° turn, the gifted actor who began his career playing men on the wrong side of the law…ended his career playing the very embodiment of law and civility.

It’s a noble arc – and James Cagney was the epitome of all that class. 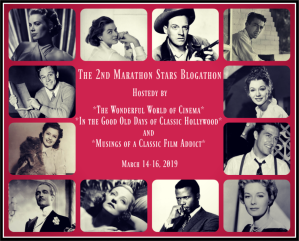 To read the other blogposts celebrating this blogathon please click here and follow The Second Marathon Stars Blogathon co-hosts The Wonderful World of Cinema, In the Good Old Days of Classic Hollywood, & Musings of a Classic Film Addict!

10 thoughts on “The Two Faces of Cagney” 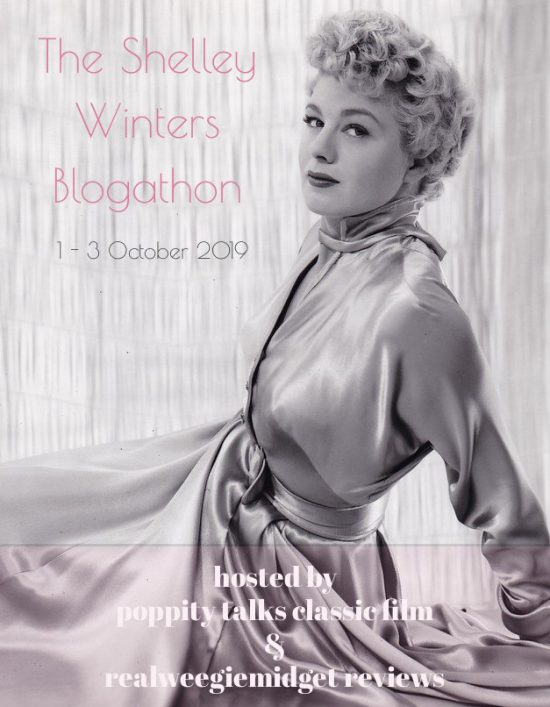 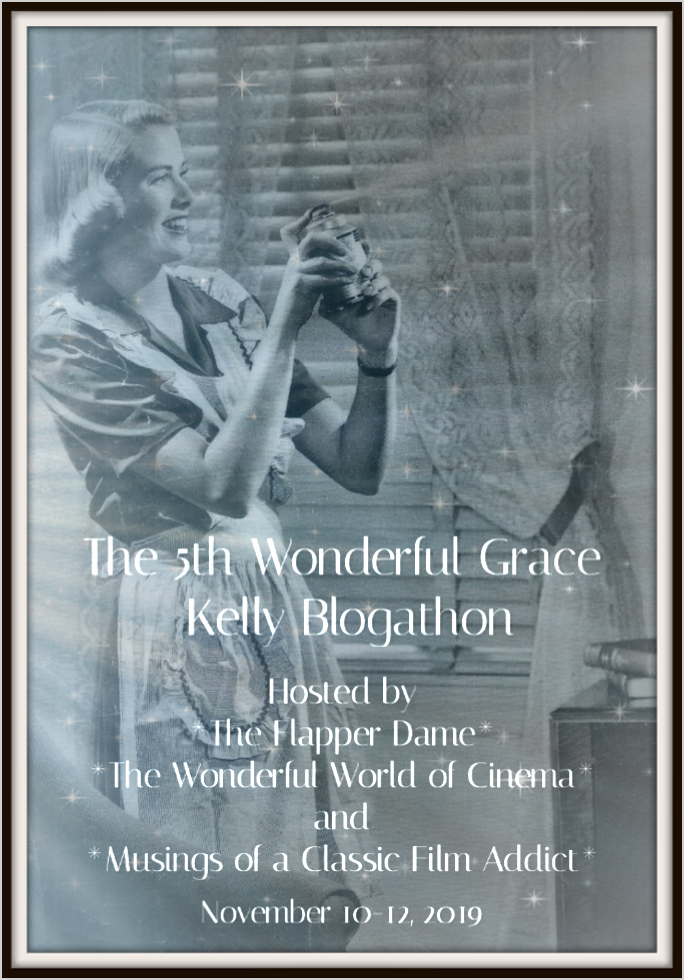